Fiscal policy makers have faced an extraordinarily challenging environment over the last few years At the outset of the global financial crisis, the International Monetary Fund (IMF) for the first time advocated a fiscal expansion across all countries able to afford it, a seeming departure from the long-held consensus among economists that monetary policy rather than fiscal policy was the appropriate response to fluctuations in economic activity Since then, the IMF has emphasized that the speed of fiscal adjustment should be determined by the specific circumstances in each country Its recommendation that deficit reduction proceed steadily, but gradually, positions the IMF between the fiscal doves (who argue for postponing fiscal adjustment altogether) and the fiscal hawks (who argue for a front-loaded adjustment) This volume brings together the analysis underpinning the IMF’s position on the evolving role of fiscal policy

After establishing its analytical foundation, with chapters on such topics as fiscal risk and debt dynamics, the book analyzes the buildup of fiscal vulnerabilities before the crisis, presents the policy response during the crisis, discusses the fiscal outlook and policy challenges ahead, and offers lessons learned from the crisis and its aftermath Topics discussed include a historical view of debt accumulation; the timing, size, and composition of fiscal stimulus packages in advanced and emerging economies; the heated debate surrounding the size of fiscal multipliers and the effectiveness of fiscal policy as a countercyclical tool; coordination of fiscal and monetary policies; the sovereign debt crisis in Europe; and institutional reform aimed at fostering fiscal discipline 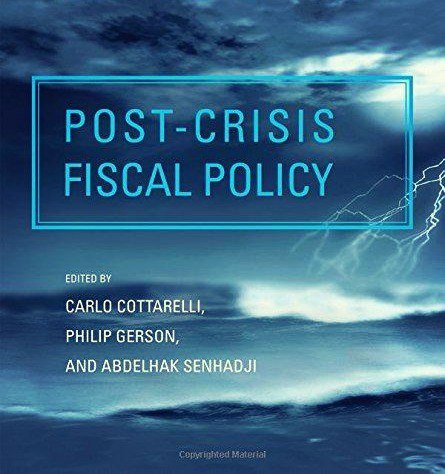